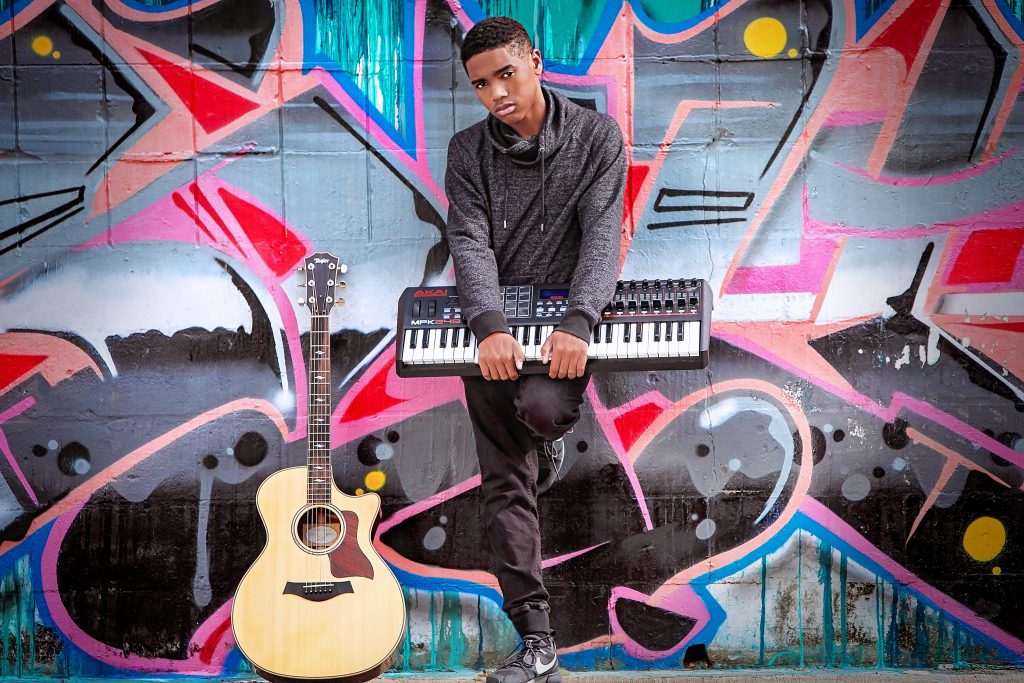 James Cole is a 16-year-old singer/ songwriter. When James Cole was about ten years old, he accidentally fell under the wing of Ms. Belinda Wolmack, a well known and an established jazz singer in the Tampa, Bay area. Under her, tutelage found his passion in singing and performing. When James Cole was 12 years old he self-taught himself guitar using youtube, because he had an interest in playing while he sang. Two years later, he taught himself piano.

By age 14 years old he began writing his own music and lyrics.  James’ freshman year in high school, he wrote his very first publishable song titled, “Falling”, It was written as a beautiful piano instrumental. Months later, he finally decided to put words behind the melody and ironically, “Falling” was the jump start of his career. His next song “Valentino”, (named after the latin vibes that the song gives off) was written shortly after. Next his first piano ballad, “Ethereal” was written. Now he has written over 20 songs and counting. He is now self-producing his original music.

James is a multitalented youth. In addition to being a singer, songwriter, and producer, he is the president of the Tampa NAACP Youth Council, an attorney in the Hillsborough County Teen Court, and a dedicated athlete in track and field at Blake High School.